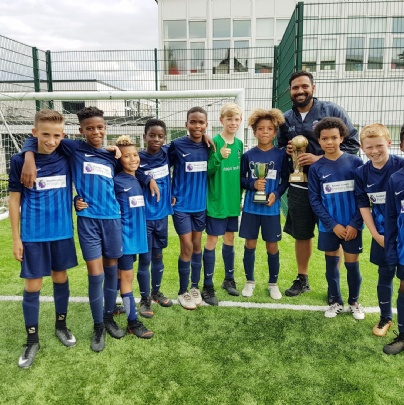 After a long gruelling football season, which started in September, our boys football team reached the Redbridge Schools 7-aside cup final! We played the final on Thursday 18th July 2018 against Churchfield Juniors. We won the match 5-2, to be crowned champions for two years in a row. We as a school are very proud of the boys for this fantastic achievement. We would like to thank Mr Hussain for coaching the team and also all the parents who supported the team throughout the season.