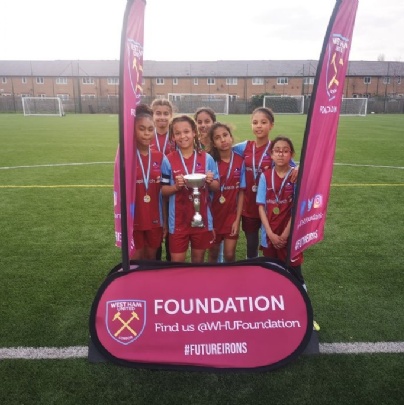 This year's West Ham Utd. Foundation Premier League Primary Stars regional finals took place on Tuesday, 15th March 2022 at WHU Foundation. In the group stages, we played 4 games winning 2 and drawing 2 to finish 2nd in the group to qualify for the quarter-finals.
In the QF, we won against Beam School 1 - 0 to reach the semi-finals. In the SF, we won against Nightingale in the penalty shoot-out 2 - nil to reach the final.
The final was against Lee Chapel, who we beat 3 - 0 to win the tournament and now will represent WHU FC at Watford FC stadium. We very proud of this achievement by the girls' football team and also like to thank, Mr Hussain and Vic for coaching the team.