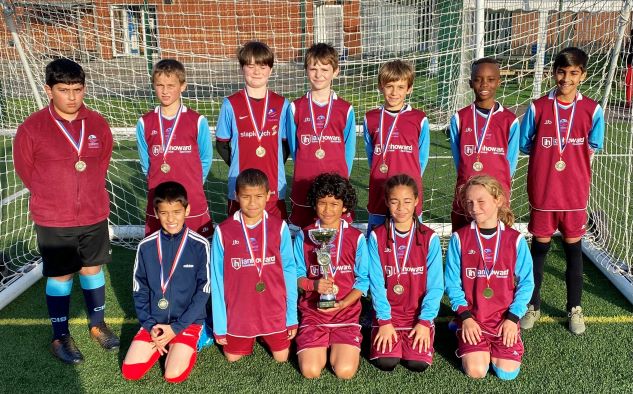 We were put in a group of 5 teams. We played 4 games in the group and qualified for the knockout stages.  We then progressed through the round of 16 against St Helens, quarter-finals against Nelson and semi-finals against Brampton. In the final, we played against Gillions in a very close match and won 1 - nil to be crowned champions.

Well done to all the children, who took part for this fantastic achievement.