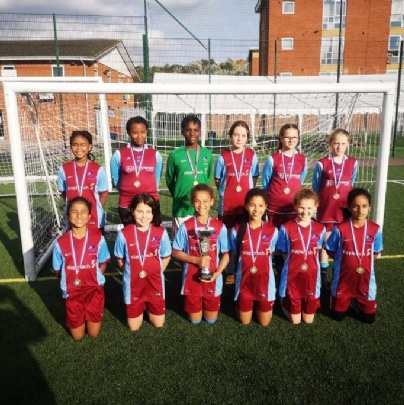 We were put in a group of 4 teams. We played 3 games and won all 3. We finished at the top of the group and qualified for the next round.  We then progressed through the round of 16, quarter finals and semifinals. In the final, we played against Brampton and won 1 - nil to be crowned champions.

Well done to all the children who took part and Mr Hussain for coaching the team.​